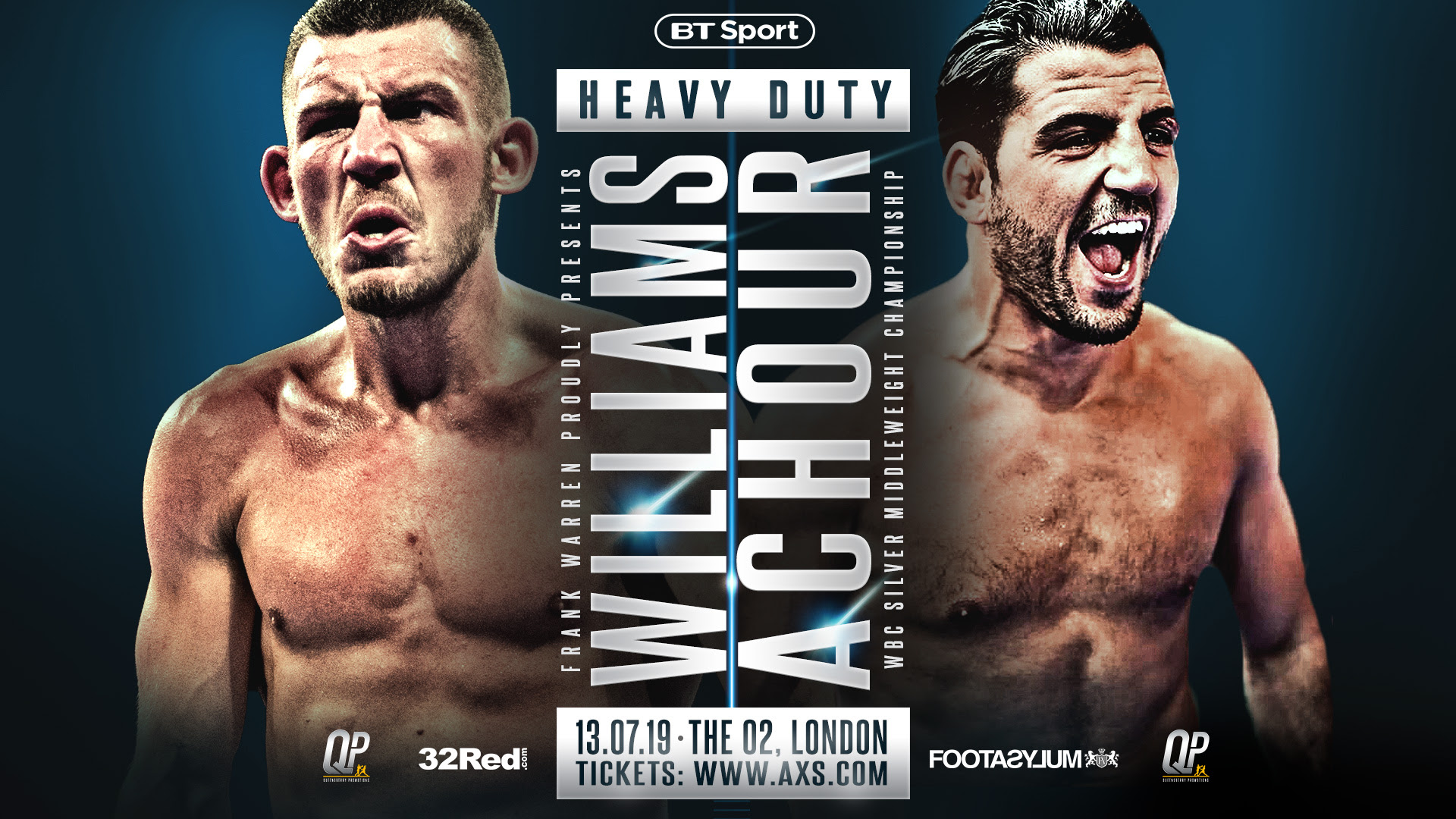 TWO-WEIGHT BRITISH champion Liam Williams will fight for the WBC Silver middleweight title at The O2, London on July 13.

The Frenchman Achour, 32, has mixed in good company and has never been stopped in a career spanning 35 fights (27-5-3).

He won the vacant European title in October 2015, forcing Moez Fhima to retire in the tenth round, before claiming the French middleweight title in June 2017. He won the WBC International title in February 2018 before taking on David Lemieux three months later and extending the big-punching Canadian the full 12 rounds and suffering defeat on the cards.

Williams, 20-2-1, insists he is about to inflict a first stoppage on Achour on his way to winning a second title as a middleweight campaigner.

“It is great for me and a big step up,” considered the Welshman. “It is what I have been calling for and it will be another title to add to my collection.

“I am excited, I am sure I am going to win in a good fashion and just keep progressing.

“We tried getting certain opponents which we weren’t able to pin down for whatever reason but, for me, I couldn’t give a monkeys over whoever I fight for a WBC Silver title. It doesn’t matter to me.

“For me it is about picking up the title and taking another step in the right direction towards the ultimate goal, which is obviously becoming world champion,” he added, before noting the apparent durability of his forthcoming opposition.

“I looked at his Boxrec and almost every one of his fights. Because he has never been stopped and he hasn’t stopped that many, the majority have been long distance fights. He is obviously experienced over 10 or 12 rounds.

“That is no worry to me because I am fit and could do 15 rounds, especially at middleweight where I have got loads in the tank. I just think, with the roll I am on at the moment, I feel like I am going to go through people and I don’t think this guy is going to make it through the full fight and is going to get stopped for the first time.”

WILLIAMS BIDS FOR SILVER AT O2