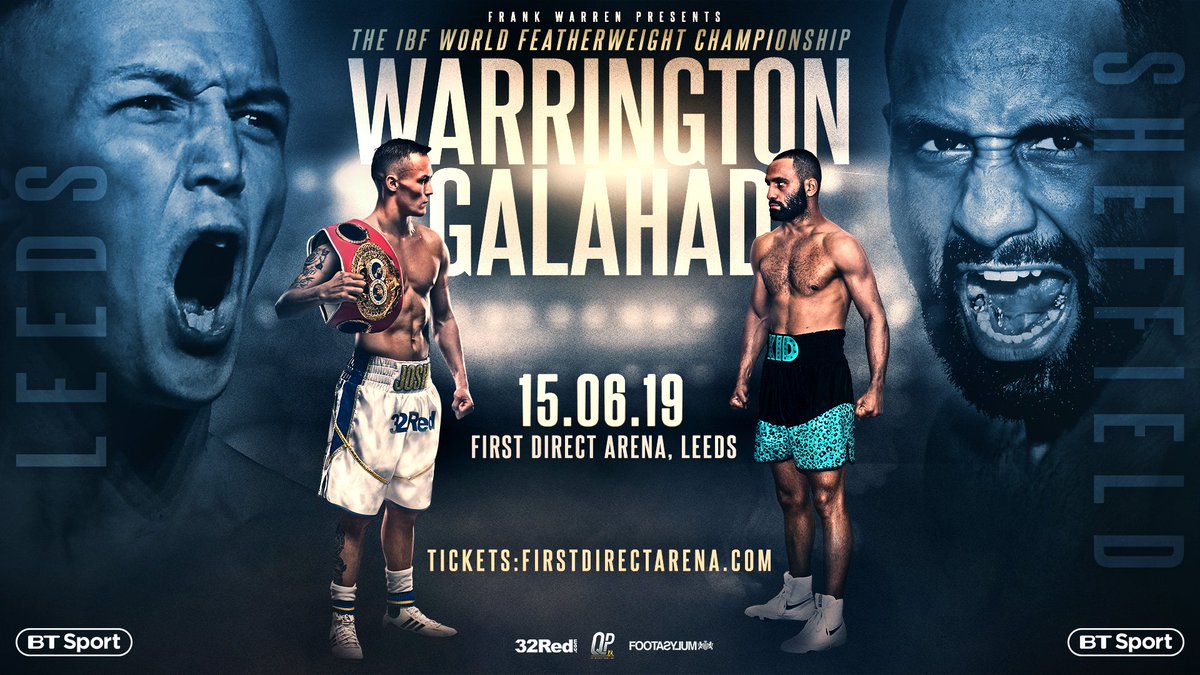 Josh Warrington –  fans either seem to love him or loathe him. Either way,  no one can’t deny the man has turned into a seriously talented boxer. A man with 6 KO’s in 28 fights would make you think he’s not the most exciting boxer to watch. But there might not be anyone more exciting to watch at the minute. Warrington (28-0) was always seen by most as a really good European level talent who would struggle to cut it at world level with his lack of punching power. Lee Selby thought he would be a walk in the park last year when he put his IBF title on the line in Leeds last year. Warrington wasn’t really even considered that serious a challenger by most, but 12 rounds later, he was the new champ. Warrington has the best and most loyal support, arguably in the world, and Elland Road was bouncing. A fight closer on the cards than maybe warranted, saw Warrington win the title, deserved, via split decision. Not one to rest up and take an easy first defence, he agreed to defend against Carl Frampton in Manchester. Frampton was favoured by most, if not all, but Warrington surprised everyone when he stood in the middle of the ring, and went punch for punch with Frampton, knocking the fight out of him by the middle rounds and winning  on the cards in a world class performance. The big fights beckon for Warrington if he gets past Kid Galahad here. Galahad (26-0) is a real talented, awkward boxer, but has lacked that real signature win so far; Warrington could be it. There’s been semi bad blood in the build up to this, both men seem to genuinely respect each other’s abilities, but at the same time dislike each other, which should make for a better fight. Warrington has 2 wins in the amateurs over Galahad, and starts the favourite. This could, and should, be a tremendous fight. The odds are 1/3 for Warrington and 12/5 for Galahad. I think 12 rounds is a given here unless injury or a bad cut stops it. The bookies agree, and offer a poor 1/4 to go the distance. I can’t see Warrington getting a stoppage (never have to be fair), and also can’t see Galahad stopping him either. If this is for you, KO’s are 9/2 Warrington, and 11/1 Galahad. Don’t totally discount the draw at 18/1, this could be a very close fight. The First Direct Arena will be absolutely jumping once again when Warrington walks to the ring, and I fully expect him to continue his title reign with a win on the cards at a very good 4/6. Galahad to get the nod over 12 is 10/3. Potential fight of the year candidate here.

Fury (27-0-1) has missed a trick here in hindsight. After Wilder’s win over Breazeale, and Joshua’s shocking upset defeat, a bigger fight here for Tyson would have had a lot more interest. As it is, the anger over Tom Schwarz (24-0) getting this fight has softened a little with the news that Wilder Fury 2 has been agreed for 2020 when Fury wins here, and when Wilder beats Luis Ortiz again. If that is indeed true, im giving Fury a pass here for this fight. Schwarz is a tall, arkward fighter, but still around 4 inches shorter than Fury. Fury should have no problems here, but should get a relatively tough and ugly fight here. Outright, you’re looking at a massive 1/25 for Fury, and 14/1 Schwarz. I struggle to see Fury points win stopping Schwarz, and fancy a points win which is 8/5. He’s not a massive puncher, and doesn’t exactly go in for the stoppage. KO win here is a surprise 1/2 if you think Fury can wear down Schwarz and force him to quit. Markets for Schwarz are 33/1 to win on points and 22/1 for a KO, which I wouldn’t usually waste time discussing, but these are not far off what Ruiz Jr was to beat Joshua. The fight to go the distance is a very tasty 6/4. Motivation is the key for the points win, if Schwarz is getting jabbed silly and getting his head knocked about for 3 minutes every round, he will likely get pulled out by the corner or the ref. Hopefully he has it in him to see out the 12 rounds.

Mairis Briedis v Krzysztof Glowacki, WBO World & vacant WBC World Cruiserweight Titles, Sky Sports – World Boxing Super Series Semi Final live on Sky. Both have lost only, and both to the supreme Oleksandr Usyk. Briedis (25-1) lost in last year’s semi-final tournament to Usyk, but it was as a close as you can get on the cards, 113-115, 114-114 and 113-115.  Glowacki’s (31-1) loss was much clearer as Usyk boxed circles around him. Breidis starts 2/5 and Glowacki 2/1. Breidis to win here, on points for me at 11/10

Yuniel Dorticos v Andrew Tabiti, 12 Rounds Cruiserweight, Sky Sports – The other semi-final here, the big punching Dorticos (23-1), stopped by Murat Gassiev in last year’s semi-final, takes on another big puncher in Tabiti (17-0). A combined 34 KO’s here from 40 fights, so should be a fun little scrap. Im 50-50 on this, Dorticos is 8/15 and Tabiti 6/4. Im going with Floyd Mayweather’s boy, and picking Tabiti just to win at the 6/4

James Metcalf v Jason Welborn, Vacant Commonwealth Light-Middlewight Title, BT Sport – Metcalf (19-0) and Welborn (24-7) fight for the Commonwealth title here, and the bookies have this close. Metcalf is 2/5, Welborn 15/8. Welborn is coming in off the back of a battering from Jarrett Hurd, but Metcalf hasn’t faced any serious challengers so far. Welborn will be the toughest man he’s faced, but I expect him to come through this test with his undefeated record still intact. Metcalf to win on points is 3/1 and the KO is 21/20. I’m going for a late stoppage win for Metcalf at the 21/20

Zelfa Barrett v Lyon Woodstock Jr, Vacant Commonwealth Super-Featherweight Title, BT Sport – Another Commonwealth title fight here, as two young fighters go head to head, with Barrett (21-1) starting the favourite at 2/7, and Woodstock (12-1) 11/4. Should go 12 rounds here, don’t see either man having the power to get the other out. I fancy Barrett to get the nod on the cards at 4/5

Warrington, Fury, Briedis, Metcalf and Barrett all to win outright, pays a decent enough 2.49/1. Alternatively, a double of Warrington and Briedis both to win on points is 2.39/1.

Johnson vs Mikhalkin
Joyce vs Hammer