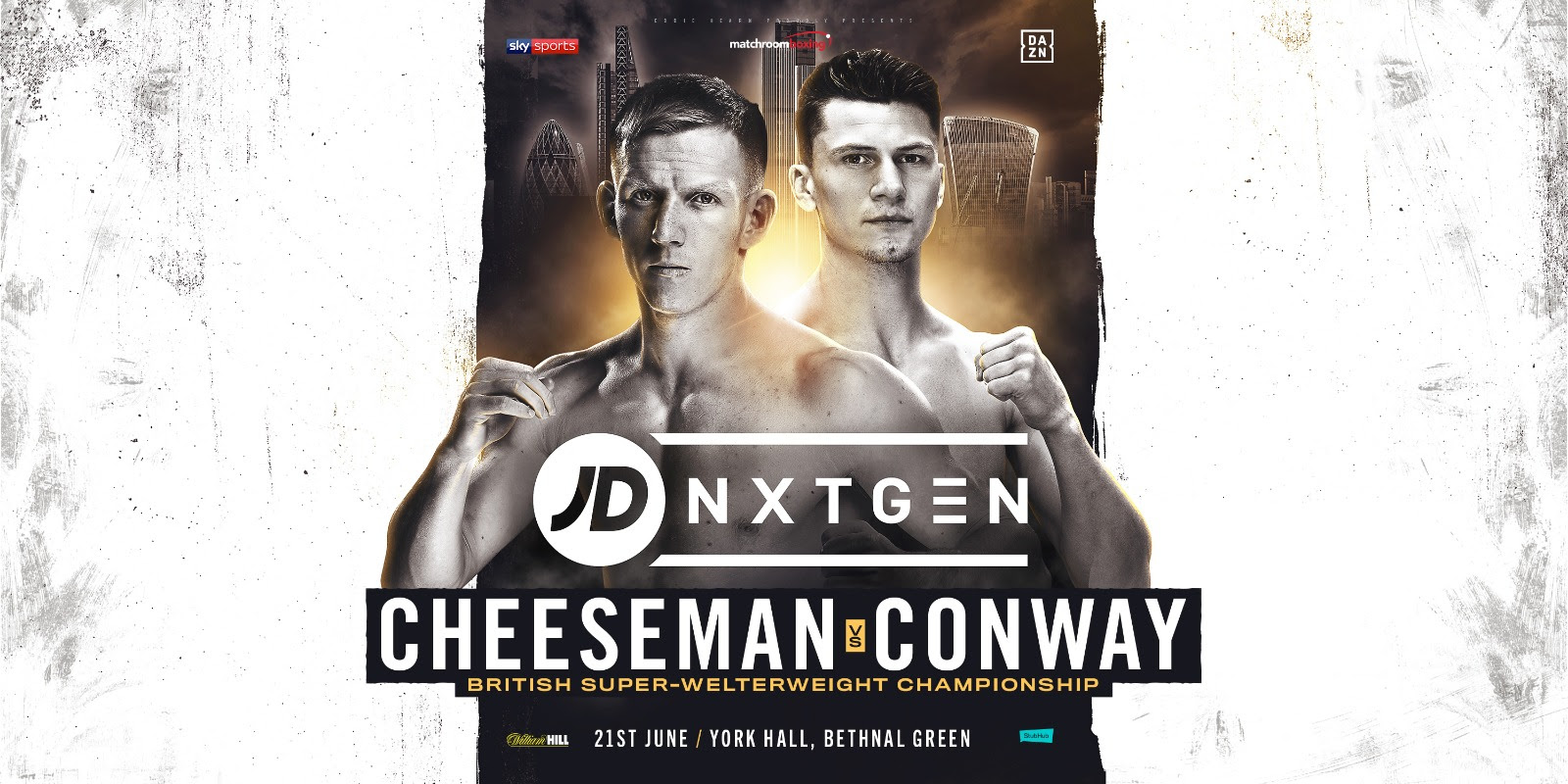 Ted Cheeseman will make the first defence of his British Super-Welterweight title against Kieron Conway at London’s York Hall on Friday June 21, live in Sky Sports in the UK and DAZN in the US.

Cheeseman (15-1, 9 KOs) worked at a relentless pace to out-fight Asinia Byfield and land the vacant Lord Lonsdale belt at the Copper Box Arena last October before stepping up to challenge EBU European Champion Sergio Garcia in his first ever headline fight at The O2 in February.

The Bermondsey man endured his first professional loss as he failed in his bid to wrestle the European crown from Spain’s Garcia, suffering a wide unanimous points defeat. After a short rest ‘The Big Cheese’ is feeling refreshed and ready to return to winning ways against Northampton’s Conway (12-1, 3 KOs).

“I sparred Conway once a couple of years ago,” said Cheeseman. “He isn’t bad, he’s a good fighter and he’s busy, but he’s very inexperienced. I think he’s only lost one out of thirteen but the maximum he’s done is an eight rounder. Everyone knows that I can do 12 rounds at a very high pace. Even though I got beat and I never looked my best in my last fight, I still stuck it out for the full 12 rounds at a high pace – from the first bell to the last.

“I’ve learnt a lot of things from my first professional defeat and we’ve worked on a lot of things in the gym. Now I know what to do at that level. It’s all about beating Kieron Conway and getting back on a wining run. The first fight is Conway and I’m not looking past him. This is the biggest fight of my career as I’m coming off of a loss. I need to win to get back to where I want to be.”

“I’m massively looking forward to this and I cannot wait,” said Conway. “The British title is the pinnacle of domestic boxing and every British fighter dreams of these opportunities. I’m a beast at Super-Welterweight and it’s important for me to keep my momentum going.

“I really enjoy preparing for fights so it’s great that I’ve got another one so quickly since my last fight. I sparred six rounds with Cheeseman about two years ago, but two weeks can make huge differences in boxing let alone two years, so I can’t really take much from that.

“I’m really excited that it’s live on Sky Sports and DAZN too. It’s a huge platform and hopefully a lot of people will be watching us go at it. Being a British champion has always been a big dream of mine as it would be great for me but also history for my town of Northampton.”