Obviously, much has been made about the first professional defeat of Anthony Joshua’s career.  And almost as much has been made of the man himself asking “Why do I feel like this?” as he struggled to a seventh round stoppage loss.  There is rarely a sole reason for anything at the top level of sport so BBB tries to identify where it all went wrong for AJ.

All of these potential causes are intrinsically linked, however full credit must go to the man in the opposite corner.  Ruiz was a huge underdog and even those who knew he was a potential handful, didn’t make themselves heard beforehand.  Not particularly loudly anyway.  Ruiz came out with a game-plan and, importantly for him, was able to implement it almost from the opening bell.  He negated Joshua’s size advantage by pushing him onto the back foot and willingly throwing speedy counters.  He patiently set up looping overhand rights with accurate work to the body.  His boxing skills and accuracy allowed him to frustrate and break down Joshua to shock the boxing world. 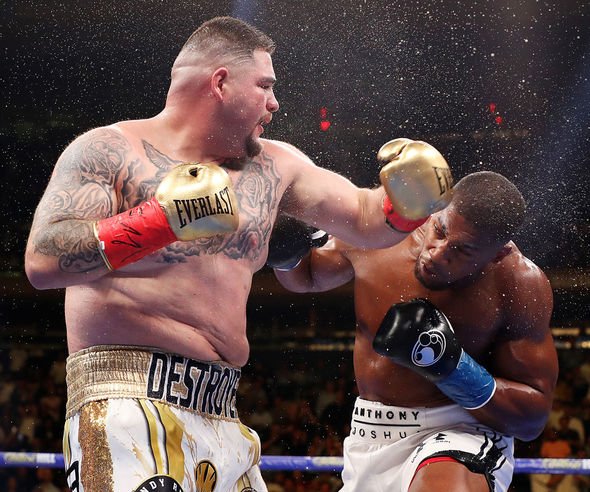 Unfortunately for Ruiz, his boxing acumen is taking a backseat (at least on this side of the pond), as pundits and fans alike question AJ.  One longstanding criticism of the former champ is his Adonis like physique.  Aesthetically impressive, yet many have consistently questioned the wisdom in carrying so much muscle.  Even BBB poked fun at Ruiz’ appearance, but time and time again a boxer’s looks are proven to be absolutely irrelevant.  Many more scientific minds than mine will be able to prove the detrimental effects of being too “top heavy” so it is bizarre that AJ has continued to build mass, despite showing a questionably gas-tank in previous victories.  It appears as though Joshua can overcome possible stamina issues when he has the opportunity to regroup (Klitschko fight for example) or when the majority of action is at his pace (Parker points win) but Ruiz didn’t afford him either of those luxuries.  Which ties seamlessly into…

Rob McCracken implored Joshua to keep things simple and box, using the 1-2.  A familiar instruction to anyone who has ever attended a small hall show.  As the taller man with a significant reach advantage, AJ could have potentially negated anything Ruiz had by keeping on the end of solid jabs and straight back hands.  The problem (Ruiz aside) was that Joshua pawed out his jab and left his chin unprotected.  Again, this point links to another as it’s harder to keep shape and technique on point if you’re tiring.  That said, AJ really struggled to produce anything of quality and when he did hurt Ruiz, he lost any semblance of composure.  Technical skills and boxing brain could be interchangeable here, as he undoubtedly possesses better skills than he showed this weekend.  The bigger problem could be his total lack of ideas on how to turn things round.  For someone so calm and composed normally, he looked absolutely bereft in the corner at times.  Regardless of how good your corner is; at the pinnacle of the sport you have to be able to think for yourself.  And as harsh as this sounds, Joshua didn’t look able to do so when battling the tide. 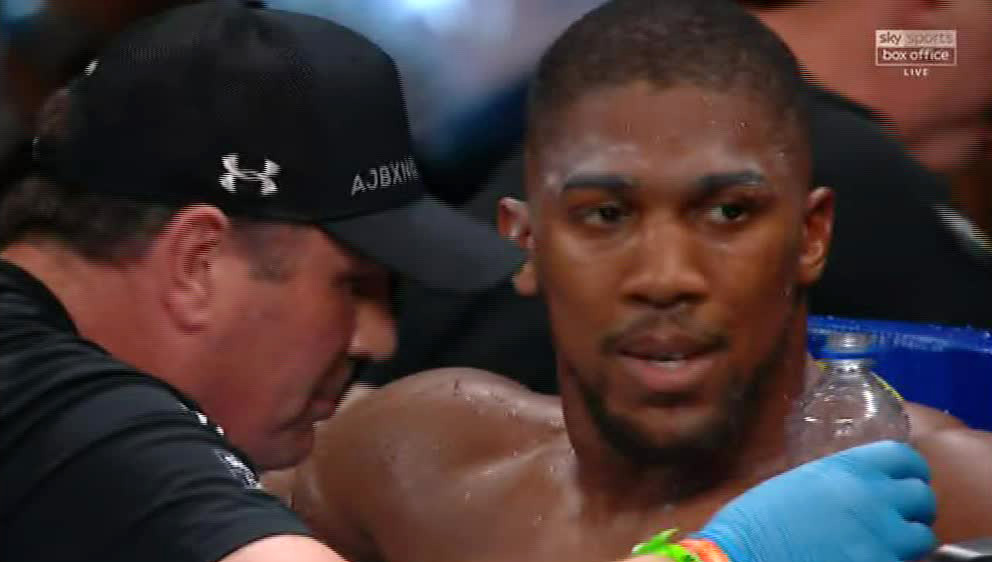 There are countless examples of athletes reaching the top and subsequently losing the hunger and desire that got them there in the first place.  More so with fighters who have the added jeopardy of being hit, hard.  Conor McGregor appears to be a recent example in combat sports, with many interests away from fighting.  Yet there are so many others.  Marvin Hagler is credited with the adage about how “It’s hard to get out of bed to go for a run at 5 o’clock in the morning when you’re wearing silk pyjamas.”, which was played out in the Rocky films as well as real life.  Generally speaking, a lot of successful boxers have come from very humble beginnings.  They HAVE to fight to survive.  It’s in their DNA.  However, Joshua has long since passed that point of necessity.  He has made more money than he may dare have imagined.  He could retire tomorrow and live luxuriously for the rest of his days.  He did say post fight that he is a “fighter by heart”, which he credited (blamed) for getting into a tear up with Ruiz.  That’s all well and good but that fire needs to be burning all year round, for a full training camp at least, not just during heated exchanges on fight night.  Whether it still does, only time will tell.

Footage of an apparently upset Robert Joshua (Anthony’s father) trying to confront Eddie Hearn was always going to spark some speculation.  Now, as bad as many people claim Hearn to be, he can’t be blamed for AJ’s poor performance.  So what was all that about? Or can Hearn actually take a share of the blame?  Rumours have surfaced that AJ may not have been entirely happy with the build up to the fight, for one reason or another, and wanted to pull out.  Hearn confirmed that the teams have spoken since and all is good but certain sources claim that there has been no dialogue between the parties at all.  BBB has long since speculated that AJ would eventually outgrow Matchroom and fly solo.  The whole DAZN and Matchroom USA collaboration seems to have delayed that departure providing AJ the opportunity to showcase his skills in the States.  However, if Joshua felt obliged to box abroad against a late notice opponent, rather than wanted to, it could spell disaster for the so-far successful relationship with Matchroom.