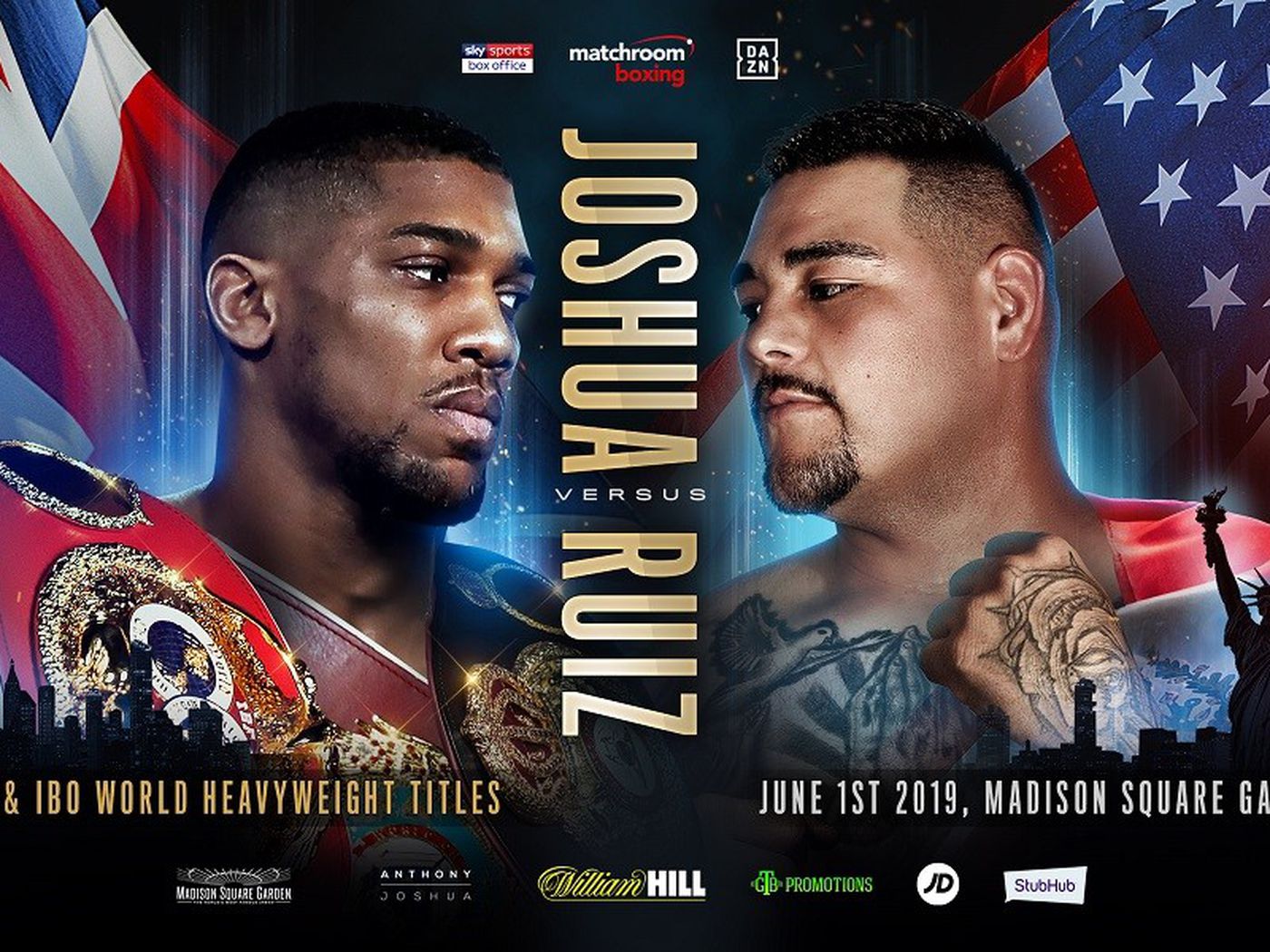 Deontay Wilder laid down the marker. Now its AJ’s turn. Originally supposed to be a fairly decent fight against Jarrell Miller, a few failed drug tests later we have Andy Ruiz Jr as the next man to be knocked down by the Anthony Joshua train. Joshua (22-0, 21 KO’s) will win this fight, but as Wilder had the world talking for days after his sensational knockout of Breazeale, needs to do so in exciting style. Ruiz Jr (32-1, 21 KO’s) has only lost to Joseph Parker, where he showed he can hang with the second tier of heavyweights. He’s being bigged up as a more awkward fight than Miller for AJ. The odds are, im sick of saying this, again massively wide. AJ 1/33, Ruiz 12/1. I’ve always been curious how the bookies would open with Wilder or Fury against AJ? Ruiz Jr is probably sick of being called fat, but he is, and standing next to AJ, it’s impossible to make a case this doesn’t end in a knockout win for Joshua. The bookies agree, and offer 1/5 for a knockout. That is a formality. We can all pretty much disregard any odds for Ruiz Jr winning (if you’re interested 20/1 by KO and 28/1 on points) and concentrate on when AJ ends this. Ruiz Jr could maybe last a few rounds, AJ is not known for explosive Wilder like stoppages. He likes to get in, test the other man out then finish them off. He is known for getting into a few “hairy” moments. Whyte, Klitschko and Povetkin have all had AJ in a little bother, only Klitschko can claim serious bother. Whether Ruiz can land on AJ with the height and size difference is debatable. He’s a nice, smart puncher, who seems to be full of confidence he can win. He’s got nothing to lose here Ruiz Jr, he might as well go for broke and try to land on AJ’s chin. That will probably do him better in the future rather than just trying to survive for as long as AJ lets him. I think AJ will want, and maybe needs, to steal the show and get the American fans buzzing. Wilder, Joshua and Fury fighting so close together will hopefully give them added incentive to put on the most impressive performance. Ruiz Jr is a much better fight than Tom Schwarz, and on par if not better than Breazele. So its AJ’s race to lose here. I fancy the fight to end in rounds 4-6, which is 2/1. For the fight to end earlier, you’re looking at 5/2 for rounds 1-3. I’ll be surprised if it lasts longer than 6, AJ can’t really afford it to. As Wilder proved, fans (especially Americans) still love a big heavyweight knockout. Ruiz Jr looks to be a sitting duck in there. He may be a nice puncher who gets through once or twice, but if you can’t get out the way of what’s coming back at you, especially when that’s Anthony Joshua, you’re in big, big trouble.

Callum Smith v Hassan N’Dam N’Jikam, WBA Super World Super-Middleweight Title, Sky Sports Box Office – Callum Smith (25-0) returns to action with a somewhat disappointing and underwhelming fight after his massive win over George Groves. To be fair to Smith, there isn’t a lot of available big name fighters out there at the minute. Saunders, Plant, Canelo, Lemieux all have had, or have planned, fights recently. Maybe Chris Eubank Jr or Anthony Dirrell could have been better options, but those fights are headlining type fight cards, rather than undercard bouts. Hassan N’Dam N’Jikam (37-3) is certainly a better option than not fighting at all. Smith is a massive favourite as he should be, 1/50, and N’Jikam 14/1. N’Jikam had a WBA World title to his name after a very impressive win over Ryota Murata on paper. However, this was an absolute robbery. The scoring was so bad, the WBA suspended two judges for six months and ordered a second fight after N’Dam claimed the vacant belt on a controversial SD. Murata dominated the fight, putting him down in the fourth round and dishing out heavy punishment, but somehow N’Dam got the nod on the cards, but in the re-match he was beaten up again, and this time stopped in the 7th to lose the title. He rebounded with a close MD win over Martin Murray last time out. Callum Smith is not Martin Murray. The win over Groves has hopefully re-ignited the career of Smith, who up until then was becoming a forgotten man after the lack of big fights. Blackledge, Skoglund, Holzken were hardly mouth-watering fights for fans, and Smith, who seemed to be bit bored and lacklustre himself, whilst in there with them. Then he smashed Groves and became a massive name worldwide. He won’t have any trouble here with N’Dam. This should be a one sided and dominant fight from the get go. Smith for a stoppage is 2/9, and points win is 10/3. D’Nam won’t be able to get out the way of Smiths long reach and brilliant body shots. I fancy this to end around round 5 or 6 (Rounds 4-6 is 5/2, Rounds 7-9 is 5/2 also) after N’Dam can’t take anymore. I hope that’s the case, as 12 one-sided rounds won’t do Smith any favours with the American fans. He needs to be dominant, nasty and get N’Dam out in good fashion to set the stage for a massive fight next.

Tommy Coyle v Chris Algieri, Sky Sports Box Office – Could be the most exciting fight of the weekend this. Algieri starts 2/7, and Coyle 5/2. I thought they might have this closer to be honest. Algieri is the better fighter no doubt, but does anyone else think Coyle can pull this off? He’ll have to fight better than he ever has if Algieri is on his game, but at 35 year old, if Coyle makes thisa straight dog fight, will Algieri want any part of it? I’m still going to begrudgingly pick Algieri here on points at 10/11. Coyle himself probably can’t win on points, but the KO win for Coyle at 6/1 could be worth a couple of quid.

Josh Kelly v Ray Robinson, Sky Sports Box Office. Kelly might not have this his own way. He starts 2/11, with Robinson 7/1. Robinson could make this a extremely boring fight if he wants. I like Kelly, but he has shown flaws that someone will eventually exploit unless he bucks his ideas up and gets his hands up. Most of them seem to be over confidence and arrogance. Robinson won’t be the man who exposes these. He’s has been around long enough to make this hard, and annoying, for Kelly, who I think wins on points at 4/6. Alternately a KO win for Kelly is 9/4