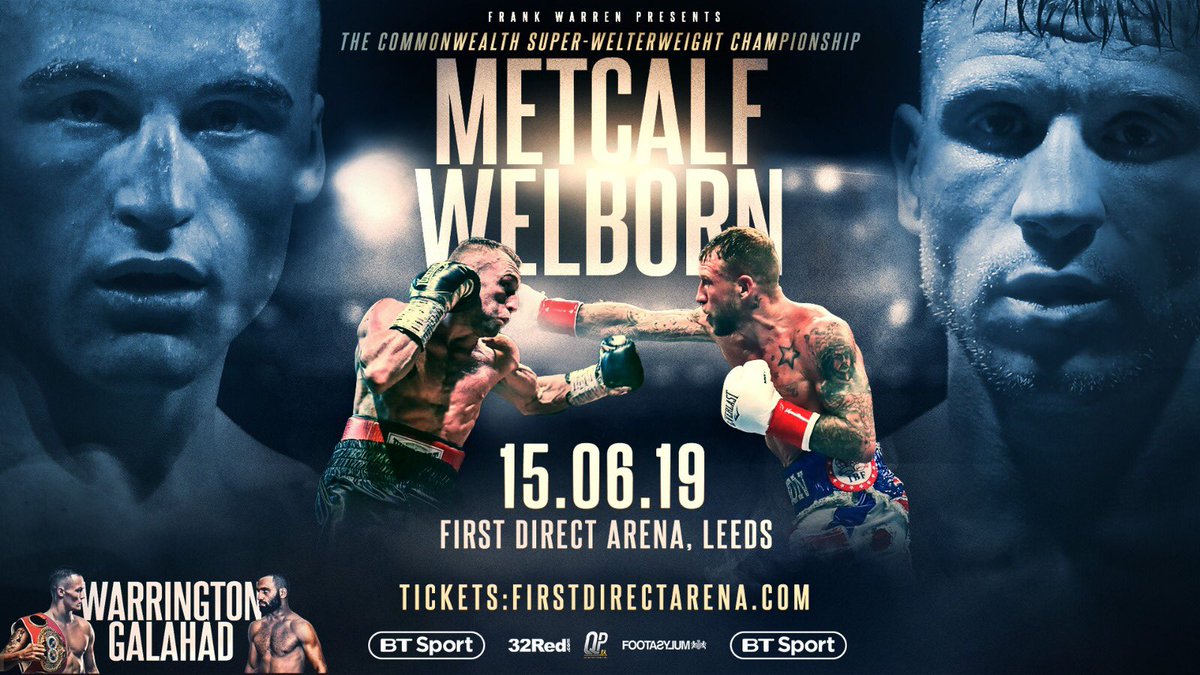 It will be Welborn’s first fight since his brave world title challenge against IBF and WBA champion Jarrett Hurd in Los Angeles five months ago when he went down fighting in four rounds.

Midlander Welborn (24-7, 7KOs) had won five on the spin before that loss to one of boxing’s emerging stars.

That run included picking up the British middleweight title against Tommy Langford and then beating his local rival in a rematch.

Welborn, 32, has been a professional since December 2005, but the desire to get back fighting the best 154lb boxers in the world is still burning inside despite a long and successful career.

He said: “I felt brilliant and strong in there against Hurd and got caught by a brilliant shot. I left it all in there and did better than some British boxers who have been abroad.

“I thought about retiring, but I think there are a few good fights in me before I hang up my gloves.

“I felt I belonged at world level when I boxed Hurd and that is where I want to get back to in the next 12 months.

“JJ is a good prospect, a strong fighter and the kind of style I like to face so I won’t have to go looking for him.

“It is a great fight for me after the world title challenge, there is something to gain and it is on one of Frank Warren’s big cards of the year.

“It is not about the money now as I have a skip business that is going well. I just want to get back to where I was before I boxed Hurd. If I do that, I make an impact.”

Metcalf (19-0, 11 KOs) is the son of former world class super-lightweight Shea Neary and looking to follow in his dad’s footsteps.

The Liverpool boxer is in the form of his life and stopped his last five opponents. His most recent outing was on April 19 when he knocked out Santos Medrano in eight rounds.

Metcalf said: “It is a tough fight, but one that I can win. Jason has had a very good career, is very tough, busy and I cannot take nothing away from what he has achieved.

“Look at his fight with Hurd. He put it all on the line and really took it to the champion early on.

“He has had other losses, but always seems to bounce back and pull off big wins like the two against Langford.”

Metcalf, 30, has been boxing professionally since December 2011 but injuries have slowed his progress and last year cost him a fight against Liam Williams.

He added: “I’ve not reached my peak yet, but these are the sort of tests I need at this stage of my career.

“I have been a prospect for too long, but now is the time to start winning big titles and getting to world level.

“Of the current world champions Hurd and Jaime Munguia might not be elite superstars, but they’re very good.

“Tony Harrison is WBC champion. I haven’t seen a lot of him, but he beat Jermell Charlo so that tells you he is good.”

Josh Warrington tops the bill at First Direct Arena, Leeds when he defends his IBF featherweight championship against Kid Galahad.

Tickets for Warrington v Galahad are available via Ticketmaster and are priced as below:

METCALF AND WELBORN SQUARE OFF ON WARRINGTON-GALAHAD CARD