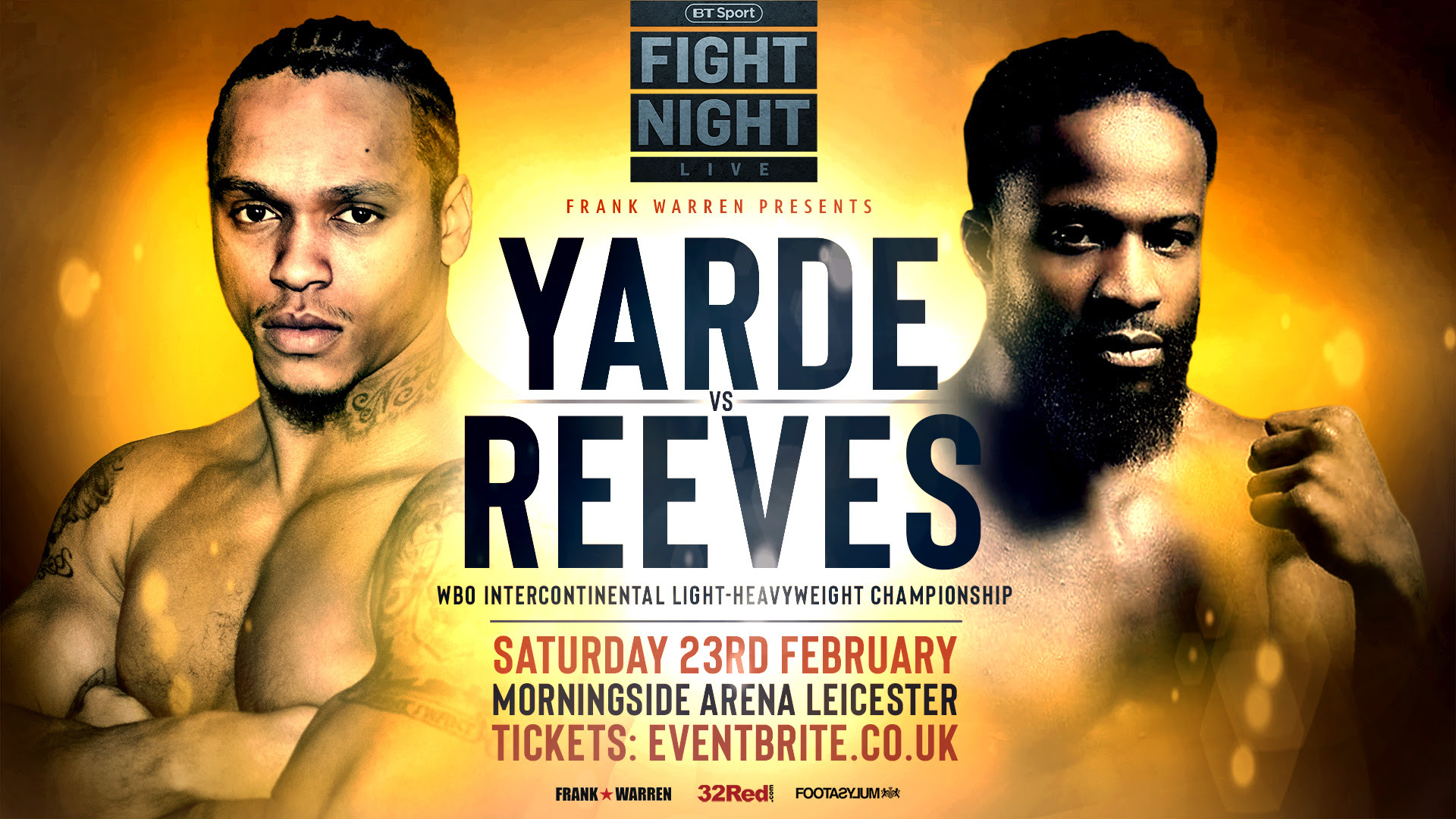 BALTIMORE LIGHT HEAVYWEIGHT Travis Reeves will now be in the opposite corner to Anthony Yarde at the Morningside Arena in Leicester on February 23 after original opponent Mehdi Amar was forced to withdraw due to injury.

Reeves, 17-3-2, has suffered only one defeat in his last 17 fights in a challenge for the IBO world title against Karo Murat and last fought in January at the MGM Grand in Las Vegas, where he recorded a unanimous points victory over Lanell Bellows.

With former European champion Amar not in a position to travel, Reeves will provide the next test on the journey to the top for Yarde, who will have his 18th professional fight in Leicester.

The 27-year-old has quickly switched his attention to the new challenge to be put in front of him.

“Injuries are unfortunately an unavoidable part of boxing and it is just the nature of the business,” reasoned the WBO Intercontinental champion.

“There is nothing anybody can do about it and I am just happy that a good replacement has been lined up for me.

“I have still got a job to do and I intend to put on a show in Leicester. Every fight and every win is important for me because everybody knows what is planned for me this year and I have got to move from strength to strength with no mistakes.

“Sergey Kovalev regained the WBO world title over the weekend with a strong performance but, as far as I am concerned, him holding the belt is just a temporary arrangement and it will be in my hands before too long.

“My time is coming but the next fight is always the most important and, for now, my focus is just on getting the job done in Leicester.”

Promoter Frank Warren added: “It is always a shame when you lose a good opponent, but we have a more than capable replacement in Travis Reeves, who has been active and is on a good run of form.

“This fight is about Anthony making a case for a world title shot and showing us all that he is ready to take the next big step. The light heavyweight division is right up there with the strongest in world boxing and Anthony is in a great position to make his entry into the elite and I firmly believe he has got what it takes.”

Tickets are available from £40 are on sale NOW via Eventbrite