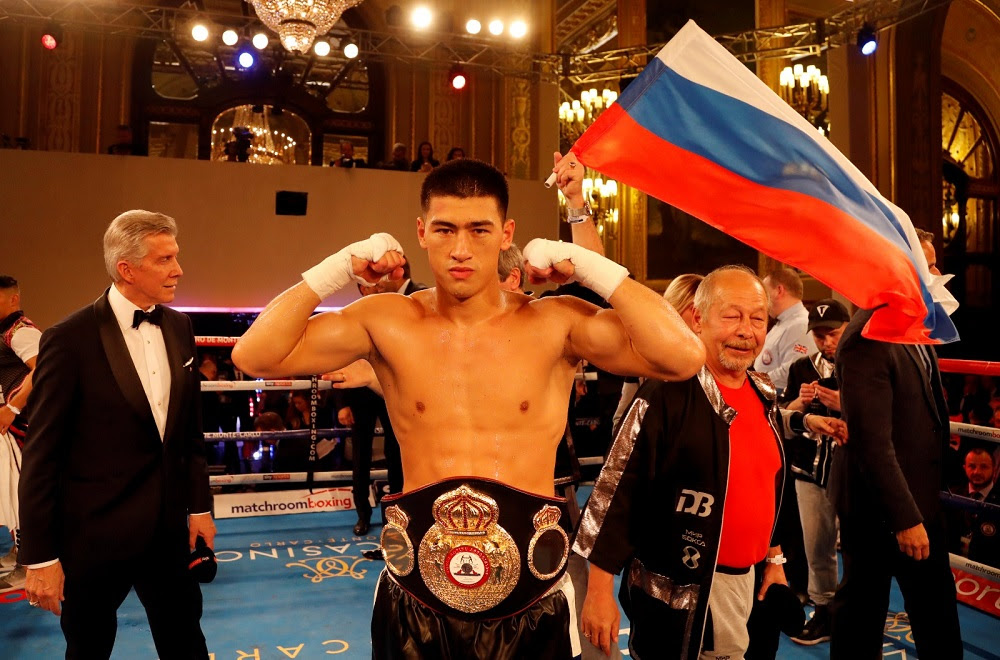 Dmitry Bivol and World of Boxing have signed a promotional deal with Matchroom Boxing USA and the Russian will defend his WBA World Light-Heavyweight title against Joe Smith Jr live on DAZN in the US and on Sky Sports in the UK in March.

Bivol makes the fifth defense of his belt against Smith Jnr after moving to 15-0 (11KOs) in November, with a comprehensive to a points win over former unified champion Jean Pascal in New Jersey. Bivol’s win over the Canadian was the latest impressive name on his growing CV, following a points triumph over Isaac Chilemba, a final round stoppage of Sullivan Barrera and a highlight real first round KO of Trent Broadhurst.

The Russian star will meet a stern test of his ambitions to unify the division in the shape of Smith Jnr (24-2 20KOs) the Long Islander who famously stopped Bernard Hopkins in the Philadelphia legend’s last pro fight in December 2016 and destroyed Andrzej Fonfara inside the opening round of their clash in Chicago six months earlier.

Eddie Hearn presents Bivol vs. Smith Jr in association with World of Boxing, Star Boxing and Main Events – and both fighters and their teams predict fireworks when the pair clash in March, with the date and venue to be confirmed at a press conference in New York this Friday.

“I am glad to finally meet Joe in the ring,” said Bivol. “I saw his fights against Fonfara and Hopkins live and always wanted to test my skills against him! Thank you to World of Boxing, Matchroom Boxing USA, and DAZN – I hope to put a great performance for everybody!

“Very happy to be working with Eddie Hearn, it’s a pleasure!” said World of Boxing’s Andrei Ryabinskiy. “We look forward to a great event together with Matchroom and DAZN.”

“Bivol was supposed to fight Joe back in November, it’s a very exciting fight,” said Bivol’s manager Vadim Kornilov. “Both Dmitry and Joe have a lot of power. I guess this fight was meant to happen and we look forward to a building relationship with Eddie Hearn and DAZN!”

“I am very excited for the opportunity to fight Bivol for the World championship,” said Smith Jr. “Everything I’ve worked for in and out of the gym was to better myself and become a World Champion. All the hard work and my determination will pay off come fight night.”

“Joe Smith Jr. is one of the hardest punching fighters out there,” said Smith’s promoter Joe DeGuardia. “His exciting style and humble background has made him a real fan favorite. I am pleased he will be getting this opportunity to fight for the World Championship. Joe has been anxiously waiting for this opportunity and I look forward the fight.”

Nyambayar vs Pasillas
Matias vs Ananyan